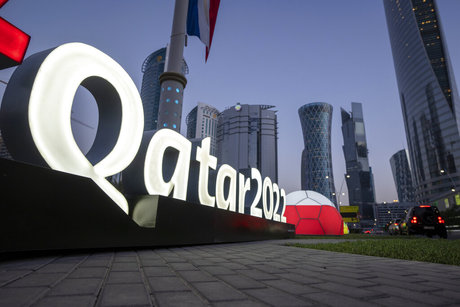 Saudi Arabia will grant visas to those holding tickets to the World Cup in neighboring Qatar, the kingdom has announced.

The Saudi Foreign Ministry said in a statement late Wednesday those registered for Qatar's Hayya fan card will be able to apply for multiple-entry visas 10 days before the tournament starts. Those granted visas will be able to stay for up to 60 days in Saudi Arabia.

The Hayya card is mandatory for ticket holders going to the World Cup in November and December.

The ministry added that pre-entry to Qatar was not required, though those coming will have to have medical insurance coverage.

Already, neighboring countries are preparing for the World Cup, anticipating fans may want to stay outside of Qatar. In Dubai, the city-state in the United Arab Emirates, hotels already say some fans are booking rooms and planning to commute to matches by air.