Geagea urges opposition to unite over 'salvation' and 'confrontation' president 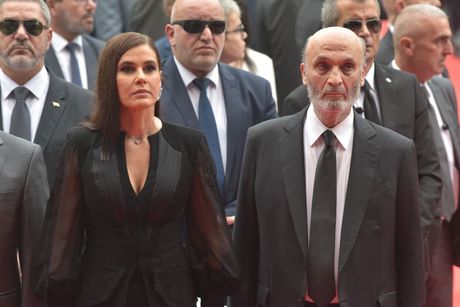 Lebanese Forces leader Samir Geagea on Sunday accused rival parties of "blocking the formation of a new government and preparing, as usual, to block the presidential election."

"What's very certain is that this is not for proposing a certain reformist plan but rather to try and secure the election of Jebran Bassil or someone named by him as president," Geagea said at the annual mass commemorating the "martyrs of the Lebanese resistance."

He added: "We will not accept a president from them. We rather want a president who can change everything that we have lived in this presidential term."

"We want a confrontation president, not in the face of the Lebanese, but rather in the face of everyone who has ruined their lives," the LF leader went on to say.

Addressing all change and opposition blocs and MPs by name, Geagea urged them to secure the election of a "salvation president."

"We as the Strong Republic bloc -- LF, National Liberal Party and independents -- are the biggest bloc in parliament, and we enjoy the biggest Christian representation. Despite this, we're not clinging to anything, and we're rather ready to sacrifice everything, on the condition that all opposition parties unite over a salvation candidate," Geagea added.