Putin's military call up sparks rush to buy flights out 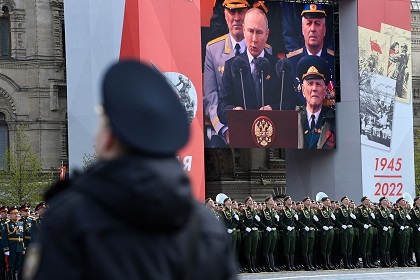 Flights out of Russia were nearly fully booked this week, airline and travel agent data showed Wednesday, after President Vladimir Putin introduced a partial draft of reservists to fight in Ukraine.

Defense Minister Sergei Shoigu said Wednesday that Russia would initially mobilize some 300,000 reservists, after Putin in a televised address warned Russia would use all available military means in Ukraine.

Direct flights to cities in nearby ex-Soviet countries of Armenia, Georgia, Azerbaijan and Kazakhstan were all sold out for Wednesday, the Aviasales website popular in Russia showed.

Turkish Airlines meanwhile said on its website that flights to Istanbul, which has become an important travel hub to and from Russia, were fully booked until Saturday.

The next available AirSerbia flight to Belgrade was posted for September 26.

Google data showed that searches in Russia for "tickets" and "plane" more than doubled after 0600 GMT Wednesday, the start of Putin's recorded televised address.

The request "to leave Russia" was carried out 100 times more in the morning than in normal times, Google Trends data showed.

Flights between Russia and the European Union were closed after Putin announced what the Kremlin calls Moscow's "special military operation" in Ukraine.

The onset of fighting sparked concerns among Russians that martial law could be imposed and saw an exodus of tens of thousands of people to countries neighboring Russia.