Report: 5 ministers to be changed, new govt. will be formed 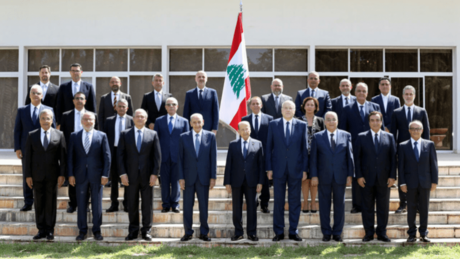 The reshuffle “will not stop at replacing the economy and displaced ministers but will also target three other portfolios: youth and sports, social affair and foreign affairs,” the sources told al-Joumhouria newspaper in remarks published Monday.

Sources informed on the cabinet formation process meanwhile stressed that “the formation will take place prior to the expiry of President (Michel) Aoun’s term.”

“The delay is deliberate for three essential reasons:

- The first is aimed at shortening the term of the new government in order not to allow Free Patriotic Movement chief MP Jebran Bassil to take the appointments package that he wants.

- The second is due to the fact that time is playing against the presidential tenure (of Aoun) and negotiations will push him to accept minimal rather than maximal gains.

- The third is a political message addressed to the Presidency that its validity has expired and that responding positively to the formation efforts comes at the desire of Hezbollah and not the Presidency,” the sources added.

lol one can already tell nothing is going to improve with this upcoming government. What a hopeless banana republic. My thoughts are with my fellow countrymen whom couldn’t leave the 10452km wasteland.