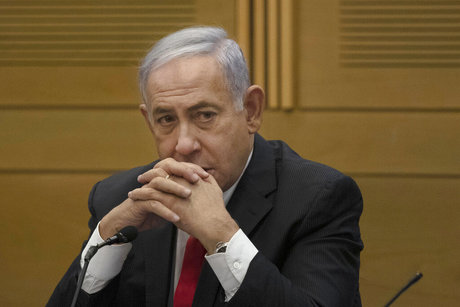 Former Israeli Prime Minister Benjamin Netanyahu was released from a Jerusalem hospital on Thursday, his party said, a day after he was admitted complaining of chest pains.

Netanyahu, 72, was taken to the city's Shaarei Tzedek hospital a day earlier after feeling unwell at synagogue services for the Jewish fasting day of Yom Kippur.

He underwent medical exams and stayed overnight for observation. The hospital said his tests results were normal.

The former prime minister is now returning to work and already went on his morning walk, his Likud party said, adding that he thanked the hospital's cardiology department and intensive care unit for their help.

His hospitalization comes less than a month before Israel holds its fifth national election in under four years.

The Nov. 1 election, like the previous four, is focused largely on whether voters believe Netanyahu, who is on trial for corruption charges, is fit to lead the nation.