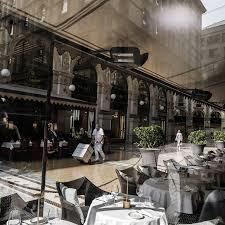 World growth is set to slide from 3.1 percent this year to 2.2 percent next year due to high inflation, before rebounding slightly to 2.7 percent in 2024, the OECD said Tuesday.

Amid the effects of Russia's war in Ukraine, "growth has lost momentum, high inflation is proving persistent, confidence has weakened, and uncertainty is high", the Organization for Economic Co-operation and Development said in its latest forecasts.

OECD chief economist Alvaro Santos Pereira said the global economy was "reeling from the largest energy crisis since the 1970s."

The energy shock has pushed inflation up "to levels not seen for many decades" and is hitting economic growth around the world, he added.

Inflation had already been on the rise before the conflict due to bottlenecks in the global supply chain after countries emerged from Covid lockdowns.

But the Paris-based OECD said that inflation was set to reach eight percent in the fourth quarter of this year in the Group of 20 top economies, falling to 5.5 percent in 2023 and 2024.

"Our central scenario is not a global recession but a significant growth slowdown for the world economy in 2023, as well as still high, albeit declining, inflation in many countries," Santos Pereira said.

It recommended tightening monetary policy in countries where price rises remained high and targeting support measures for families and firms to avoid exacerbating inflationary pressures, with energy costs "likely to remain high and volatile for some time".

And the 38-member OECD called for an acceleration in investment in adopting and developing clean energy sources and technology to help diversify supply.

Gas and oil deliveries from major producer Russia have been severely disrupted following its invasion of Ukraine. Western allies sanctioned its energy exports and saw supplies slashed in the stand-off over the conflict.