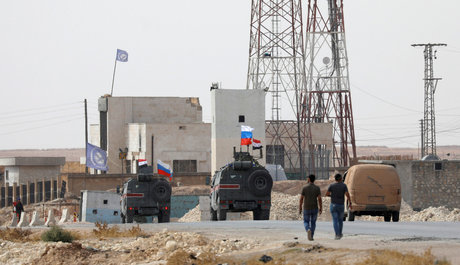 A Turkish drone strike hit a Kurdish position inside a Russian base in northeastern Syria on Wednesday killing one Kurdish fighter and wounding three, a Kurdish military official told AFP.

The casualties were all fighters of the Kurdish-led Syrian Democratic Forces, a key ally of the U.S.-led coalition battling the Islamic State group in the region, the SDF officer said.

Okay, we're all on all of each other's sides.