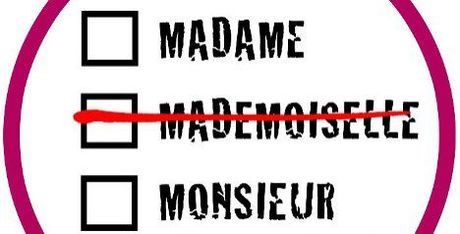 "Miss" is officially out in France. The office of French Prime Minister Francois Fillon said Tuesday the term would be struck from official documents, along with that of "maiden name" or "married name" for women.

The prime minister's office said it would be writing to all ministries and regional senior officials to ask them to ban such wording.

Instead, authorities are to use the term "Madame" (Madam), equivalent to the male "Monsieur" (Sir), and drop all reference to the husband's name unless it is that officially adopted by the woman.

A number of women's organizations last year launched a campaign to do away with "Miss" in official documents, arguing that it was discriminatory to force women to state their marital status.

Solidarity Minister Roselyne Bachelot, responsible for women's rights, welcomed the move which she said "ends a form of discrimination."

more destruction of the family and everything that is decent. Mademoiselle and Miss were words of decency, respect and recognition of their status especially when meeting eligible men in their lives.
It wasn't to make women mad or go off on an extreme and delete it for all of us other women out there.
Pretty soon everyone will dress in overalls and shirts like China and other dictatorships--like Saturday Night Live Character "Pat" you won't know the Mr's from the Mrs. or Monsieurs from the Madams.....

Considering that most women in France lose their virginity by the age of 16, banning the term Mademoiselle makes sense. :)