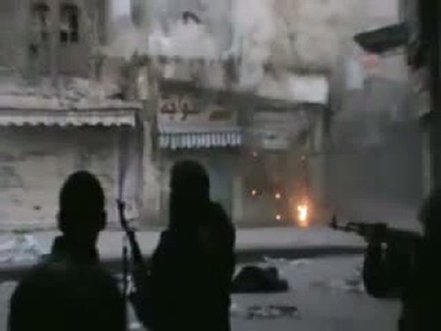 The new international mediator for Syria, former U.N. secretary general Kofi Annan, said Wednesday he hopes to be in Damascus soon with a "clear" message that the killing must end.

But he also demanded that the divided international community unite behind his mission as a special envoy for the United Nations and Arab League.

"It is a very difficult assignment, it is a tough challenge," Annan told reporters after meeting current U.N. leader Ban Ki-moon to discuss his bid to persuade President Bashar Assad to halt his deadly crackdown.

Annan and Ban said the priority must be to halt the violence and secure humanitarian access to the Syrian cities where the U.N. estimates more than 7,500 people have been killed in the last 11 months.

"Every move is sensitive and highly political, even the itinerary, but we are working it out and I would expect to go to Syria fairly soon," said Annan.

"I think the message is clear: that the killing and violence must stop, humanitarian agencies must be given access to do their work," he said.

"It is regrettable that that does not seem to be happening."

Annan said that if he met Assad, "I would plead with him that he should engage, not only with me, but with the process that we are launching today."

The former U.N. leader is to go to Cairo this weekend for talks with Arab League chiefs and go from there to other capitals before trying to get to Damascus.

He said the international community had to find a peaceful solution to the increasingly bloody showdown between Assad and the opposition.

"I know there are people who have other ideas, that dialogue may not be the way to go and one should use other means," Annan said.

The major powers are badly divided on how to end the Syria violence and Annan, who was previously an envoy for Kenya after political unrest erupted there, said it was critical that his mission be the only one.

"Let me say one thing. If we are going to succeed it is extremely important that we all accept there should be one process of mediation -- the one that the U.N. and the Arab League have asked me to lead.

"When you have more than one (mission) and people take their own initiatives, the parties play with the mediators," he added.

Without mentioning any countries or rival bids, Annan said there has to be "one single, unitary process" with the Damascus government.

Russia and China vetoed two U.N. Security Council resolutions on Syria and both have sent envoys to Damascus in recent weeks.

"It is when the international community speaks with one voice, that that voice is powerful. And we should pool our efforts and work together," said Annan, who was U.N. leader from 1997 to 2006.

Ban said the situation in Syria was now "increasingly desperate."

"There is no more urgent task before the international community than to end the killing, immediately. The government must cease using force against civilians," Ban declared.

The secretary general said he was "extremely disappointed" that Assad's government had not agreed to a visit by U.N. humanitarian chief Valerie Amos.

He said the rejection had come "despite the clear need and despite the repeated commitments by the government that she would be welcomed."

The United States is also leading efforts to draw up a new council resolution that would demand a halt to the violence and for humanitarian access to Syrian cities.

Because of Russia's previous opposition, diplomats said no serious talks on a resolution were expected until after Russia's presidential election this weekend.