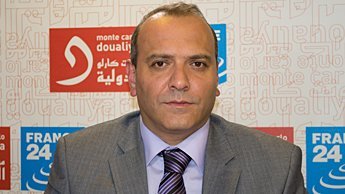 Five Syrian opposition groups on Saturday announced the formation of a new coalition, a sign of how difficult opponents of the Damascus regime find it to cooperate, a year after the start of the protest movement.

The five groups, meeting here, said their yet unnamed coalition would act independently from the Syrian National Council (SNC), the main opposition coalition which was set up in August to fight President Bashar Assad's regime.

The new group is made up of the liberal National Movement for Change, the Islamist Movement for the Fatherland, the Bloc for Liberation and Development, led by Nawaf al-Bashir, a tribal chief, the Turkmen National Bloc, and the Kurdish Movement for a New Life.

Asked about relations between the new coalition and the SNC, Ammar al-Qurabi, leader of the National Movement for Change, told Agence France Presse his "coalition was not set up in opposition to anyone, other than Assad's regime, but rather to unite the opposition outside the SNC."

"We see the SNC as a temporary structure which will disappear with time, while our own coalition is a more long-term entity that will be there after liberation" in Syria, according to Imamduddin al-Rashid, head of the Movement for the Fatherland.

The SNC has emerged as one of the main voices of the opposition, but is often criticized by activists inside Syria who say the mostly exiled leadership has little connection to protesters on the ground.

The SNC was dealt a blow earlier this week when three prominent members resigned in frustration.

"There is a small group that wants to monopolize the SNC and all the decision-making," Kamal al-Labwani, one of those who quit, told AFP. "They are doing nothing for theopposition.

"Some are in it for personal gain and the Muslim Brotherhood is trying to monopolize aid and weapons to gain popular influence on the ground."

Labwani said he planned to call for a conference in Istanbul that would gather all opposition groups in order to pressure the international community to offer them assistance.

"We need a council that plays an effective role in overseeing the armed uprising, represents the revolution, helps with the downfall of the regime and spreads democracy," he said. "We don't want another dictatorship."

The opposition's lack of unity and transparency has stood in the way of Western and Arab governments giving it military backing, although Sunni powerhouse Saudi Arabia and Qatar have increasingly spoken in favor of such a step.

Democracy at its best at the syrian opposition

The problem defined. These guys are killing their own movement by each setting up his own dikhan. If Assad wanted to weaken the opposition by "divide and conquer" methods, he need not bother , they are doing it themselves to themselves.

They need to get together, get a plan, and do this thing. Failure is not an option, because failure is sure liquidation.

LOL Ammar al-Qurabi? The guy who was one of the biggest supporters of the SNC? The guy who runs the news-fabricating channel Orient TV? Oh yeah, lots of credibility there! It's incredible how terrible this "opposition" is. They're fighting over seats and leadership when they don't even have any power or popularity.

"They're fighting over seats and leadership when they don't even have any power or popularity". Murad...they are only fighting over the large sum of money they are getting from KSA and Qatar. Majority of Syrians do not support the any of these opposition. This is a repeat of the 80"s.