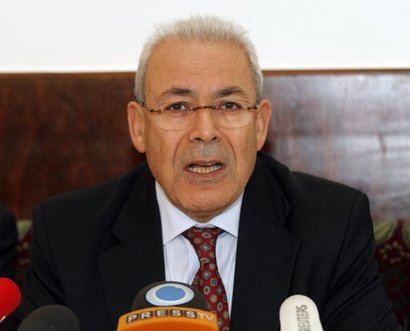 Syrian opposition leader Burhan Ghalioun said a "Friends of Syria" conference that opens in Turkey on Sunday must back the arming of rebels.

"The Syrian National Council expresses the demands of the Syrian people," Ghalioun told the press. "We have repeatedly called for the arming of the Free Syrian Army.

"We want the 'Friends of Syria' conference to live up to this demand."

Ghalioun, who heads the SNC, called for "a change in the balance of power" after more than a year of violence that has claimed more than 9,000 lives.

"To do this, we need arrangements with certain countries, above all those nearby, to have the means to change the balance of power.

"The Syrian people are faced with killings and have a right to be armed to stop the regime's killing machine."

Dozens of the world's top diplomats are set to gather on Sunday in Istanbul to turn up pressure on Damascus to abide by a peace plan designed to finally end the violence in Syria.

Representatives of 71 countries are expected to come up with measures to ward off a Damascus backtrack on U.N.-Arab League envoy Kofi Annan's peace initiative, which Syrian President Bashar Assad Tuesday said he approved.

Just like the idiot Saad Hariri, this guy wants others to fight and get killed for him while he parades in Europe. Now this is a guy who deserves to lead, and lead the change, too. Losers imitating losers.

They're so heavily armed like the pro Assad sheep claim that they're begging for weapons...