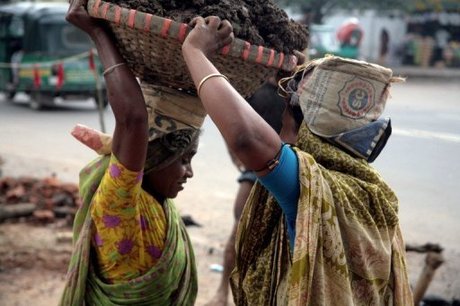 "The structure of world investments and its distribution has not witnessed a fundamental change after the global financial crisis," Tunisian President Moncef Marzouki told the forum, which opened in Doha.

"The main driving force for investment flows remain the country's size and its resources, so poor nations are ignored," said Marzouki, who called for more investments in Africa, which now attracts just 4.4 percent of world outflows.

She called on the international business community to think about development when deciding on investments, instead of focusing only on profits.

The forum is being held in conjunction with the 13th ministerial meeting of the United Nations Conference on Trade and Development, the first major meeting of the agency since the 2008 global financial crisis.

UNCTAD Secretary General Supachai Panitchpakdi criticised the G20 nations for their "restrictive policies" with regard to trade and investment, saying this amounted to a key challenge to the outflow of foreign direct investment (FDI).

According to UNCTAD's latest report last week, global FDI outflows rose by 16 percent in 2011 to an estimated $1.66 trillion (1.26 trillion euros) to surpass the pre-crisis level, but still remain 25 percent below its peak reached in 2007.

However, that growth has failed to translate into expanding productive capacity, as it was largely used for cross-border acquisitions and to increase cash reserves kept in foreign affiliates.

Prospects for FDI outflows in 2012 are still improving, but they remain guarded due to the fragility of the global economic recovery, said the report.

Panitchpakdi said the reason for the failure of investments to fully recover is because "capital formation has not taken place," and called for a "collective global governance for the investments to prosper."

The secretary general of the International Chamber of Commerce (ICC), Jean-Guy Carrier called, as a representative of the business community, called for more confidence and the creation of well-defined rules to encourage investment flows.

"What is missing is a model that can work in many situations ... We need well-defined multilateral rules for investments and a common understanding of it," he said.

"We need more confidence for investors and governments to revive the flow of investments," said Carrier, who said the ICC will announce new investment guidelines later in the day.