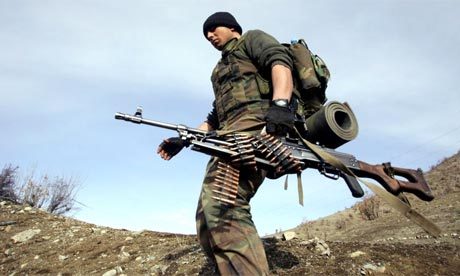 The clashes between members of the outlawed Kurdistan Workers' Party (PKK) and Turkish soldiers took place in the Genc district of Bingol province, the sources said.

Fighting between the two sides usually escalates in spring as snow melts along the mountainous Iraqi-Turkish border, enabling rebels holed up in rough terrain to launch attacks more easily.

The PKK, listed as a terrorist organization by Turkey and by much of the international community, took up arms in Kurdish-majority southeastern Turkey in 1984, sparking a conflict that has claimed some 45,000 lives.