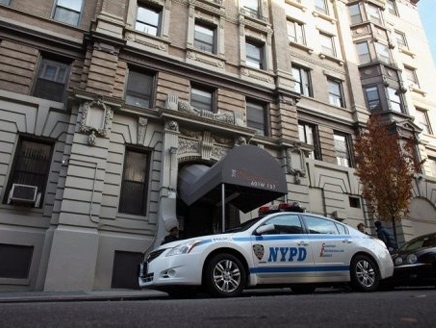 An American who U.S. officials said was an al-Qaida operative was convicted Tuesday on terrorism charges for plotting with two accomplices to launch suicide bomb attacks in the New York subway system.

Adis Medunjanin, a resident of Queens, New York, faces a mandatory sentence of life in prison after being convicted of conspiring to use weapons of mass destruction and providing material support to al-Qaida, among other charges.

Judge John Gleeson was scheduled to sentence the 28-year-old Medunjanin on September 7.

Medunjanin "came within days of executing a plot to conduct coordinated suicide bombings in the New York City subway system in September 2009, as directed by senior al-Qaida leaders in Pakistan," the Justice Department said.

"Justice was served today ... as a jury of New Yorkers convicted an al-Qaida operative bent on terrorism, mass murder and destruction in the New York City subways," said U.S. Attorney for the Eastern District of New York Loretta Lynch.

"Adis Medunjanin's journey of radicalization led him from Flushing, Queens, to Peshawar, Pakistan, to the brink of a terrorist attack in New York City -- and soon to a lifetime in federal prison.

"As this case has proved, working against sophisticated terrorist organizations and against the clock, our law enforcement and intelligence agencies can detect, disrupt and destroy terrorist cells before they strike, saving countless innocent lives," she stressed.

The Bosnia-born Medunjanin, whose family fled to the United States during the war with Serbia in the 1990s, was also convicted of conspiring to commit murder of U.S. military personnel abroad; taking military training from al-Qaida; conspiring and attempting to commit terror across national boundaries, and using arms in relation to these offenses, the statement said.

The other two men in the alleged plot, Najibullah Zazi and Zarein Ahmedzay, have already pleaded guilty and testified against their old friend in hopes that cooperation with prosecutors would earn them lighter sentences.

The three friends were in many ways typical New Yorkers, striving to live the immigrant dream.

Medunjanin was a doorman, Ahmedzay drove a yellow cab, and Zazi was a coffee cart vendor before moving to Colorado, where he drove an airport shuttle bus in Denver.

When the subway bomb plot was foiled, Medunjanin crashed his car into another on the Whitestone Expressway, attempting to "turn his car into a weapon of terror," the Justice Department said.