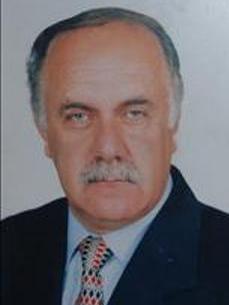 The Military Court released from jail on Thursday Lebanese citizen, Ziad al-Homsi, after he served time on charges of collaborating with Israeli intelligence, reported al-Jadeed television.

Homsi was accused in December 2010 of collaborating with Israel and he was sentenced to 15 years in jail with hard labor.

He was released after some three years in jail and causes for his release have not been disclosed.

Homsi is the former mayor of the Bekaa town of Saadneyel and he was serving as its deputy mayor at the time of his arrest in 2009.

He has been released shortly after retired Brigadier General Fayez Karam was released from jail after serving time on charges of collaborating with Israel.

Karam was arrested in 2010 and set free last April, benefitting from the reduction of the prison year.

If he was one of Aoun's men, he would have served even less time, just like Karaam did...only the poor keeps getting poorer and punished harder.

Proof that Israel=Iran=USA=Russia=Syria... its all a movie!!! and all the sheep from all sides Love the movie!!! Except the many brave protestors out there that are getting slaughtered.

"Accused" and "sentenced" but never convicted? Is this Lebanese law? or just bad Lebanese journalism?

spying is good for the pocket....

None of these men should have been jailed simply because MANY collaborated with the Syrian Moukhabarat and Iranian Revolutionary guards.

Just one comment - your headline says "accused' - should read 'convicted". From Fayez Karam to this guy, all the same - collaboration is a point of view!!