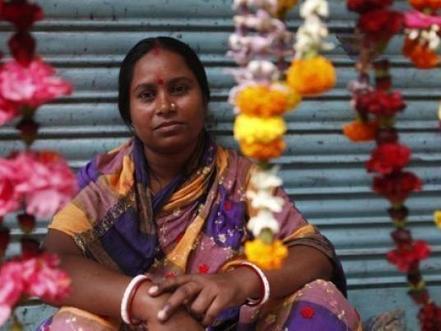 Unlike her Muslim compatriots, Tarulata Rani is unable to inherit anything from her family, cannot divorce and cannot claim maintenance from her absent husband -- all because she is a Bangladeshi Hindu.

Unlike Bangladeshi Muslims or Hindus in neighboring India and Nepal, Bangladeshi Hindu women can't divorce as the legal provisions do not exist and their marriages have not been allowed to be officially registered.

"Is it a crime to be born a Hindu girl?" Rani, 22, who was married two years ago, told Agence France Presse.

"I can't inherit any property. I can't divorce my husband and remarry even though he left me for another woman and beat me all the time."

Last month Prime Minister Sheikh Hasina approved a new law that will introduce official marriage registration for Hindus in Muslim-majority Bangladesh in a move designed to protect the rights of women like Rani.

The legislation, expected to be passed shortly in parliament, has been welcomed by civil rights activists and many Hindu women.

But critics say it is a token gesture that does not go far enough amid opposition from the religion's hardliners, who see it as unnecessary political interference in their cultural traditions.

Bangladesh has a secular legal system except in matters related to inheritance, marriage and divorce, when Muslims follow sharia law and Hindus follow laws based on ancient un-codified customs.

Under the new law, Hindus -- who make up 10 percent of the country's 152 million population -- will be able to register their marriages with local councils or courts for the first time.

"At the moment, when a Hindu man walks out on a marriage, the wife can't sue him for alimony or maintenance because lack of marriage papers make it almost impossible to prove that they were married at all," said lawyer Nina Goswami.

"Tens of thousands of Hindu men keep multiple wives, knowing that they can't be prosecuted," added Goswami, who is director of the respected rights group, Ain O Salish Kendra.

Goswami, herself a Hindu, has seen how lack of rights have driven many Hindu women to "unwanted jobs and extreme poverty" after they were dumped by their husbands.

However she believes that the government's new laws are only a token gesture to placate mainstream Hindu women without angering Hindu men, who generally vote for the Awami League, the current ruling party.

"Unfortunately, these women don't exist in the government's eyes and ears," she said. "To our politicians, the Hindu community is a big vote-bank, made up of only males."

The government rejects such criticism and says that it is hamstrung by hardline Hindu activists who oppose changes to the law.

Law Minister Shafique Ahmed told AFP the new legislation would cut down on polygamy, which is increasing among the Hindu males, and ensure maintenance rights for women whose partners have left them.

"We couldn't reform Hindu personal laws further because of opposition by Hindu groups including some of their most educated people. Hardliners did not even want registration of their marriages," Ahmed said.

Radical Hindu activists say they reject any reforms that go against their scriptures or traditions, saying divorce could threaten the basic foundation of the Hindu family.

"But we won't accept mandatory registration, or divorce and inheritance rights to women because our scriptures and customs don't allow them," he told AFP, alleging the new law was a conspiracy hatched by foreign-funded charities.

Muslim women in Bangladesh can divorce and seek damages for break-ups or sue their partners thanks to decades of legal activism by women and rights groups.

But Bangladeshi Hindus, who have suffered widespread persecution and religious discrimination since partition of the subcontinent in 1947, were bypassed by the new rights.

Despite the new laws, Hindu women face a long struggle as their community is split on whether women's issues are the best battlefield to fight for wider equality.

For leading reforme-nsrs like Supreme Court lawyer Subrata Chowdhury, himself a Hindu, the battle must now move on.

"Persecution by Muslims, forcible conversion, eviction from land and stealing of our properties are more important now," he told AFP.