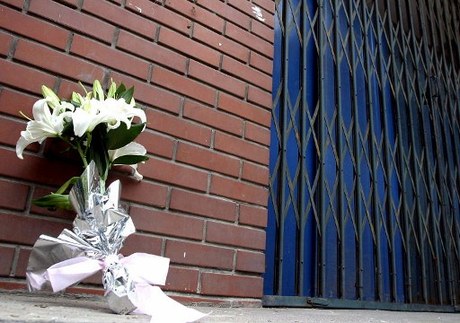 A teenager has been arrested after killing nine people and wounding four others in a knife attack in northeast China, state media reported Thursday.

The 17-year-old, who was identified only by his surname Li, barged into the home of his girlfriend armed with a knife following an argument and killed two relatives of the girl, the Legal Daily said.

As he left his girlfriend's home in Liaoning province's Xinbin county, he stabbed six more people to death and wounded five, it said.

One of the injured died Thursday in hospital, the paper said.

Li was arrested near the scene of the attack, late on Wednesday night, and was taken into custody, the official Xinhua news agency reported.

Police had nabbed him as he was preparing to jump from a building in an apparent suicide attempt, it added.

No other details were immediately available. Calls made to local authorities and police in Xinbin County went unanswered.

Violent crime has been on the rise in China in recent decades as the nation's economy has boomed and the gap between rich and poor has expanded at an alarming rate.

Experts say the increase in assaults shows that China is paying the price for focusing on more than 30 years of economic growth while ignoring problems linked to rapid social change.

Studies have described a rise in the prevalence of mental disorders in China, some of them linked to stress as the pace of life becomes faster and socialist support systems wither.

However, authorities stress that murder, which carries the death penalty, remains far less common than in most Western countries.

Well done! Keep it up, and then a lot of Chinese divorced!