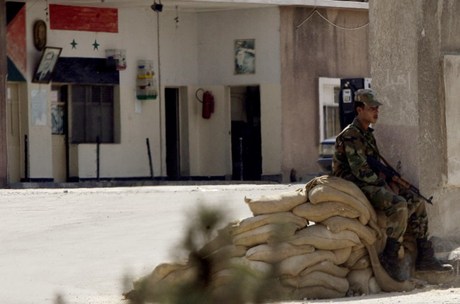 A suicide attacker detonated a car bomb near a compound of the Syrian intelligence on the outskirts of Damascus on Monday, a Syrian official said.

There were no immediate reports of casualties in the blast in Harasta, a suburb of the nation's capital, said the official, speaking on condition of anonymity because he was not authorized to speak to the media.

The blast could be heard across Damascus and was followed by armed clashes, said the pro-government TV station al-Ikhbariya. Ambulances and fire trucks were seen driving to the scene.

Syrian rebels trying to topple President Bashar Assad are increasingly targeting security compounds and symbols of the regime in Damascus.