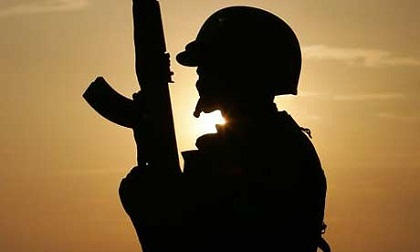 A deadly attack on peacekeepers in Sudan involved weapons "never used before" and may have aimed to prevent them reaching an area where violence had been reported, the mission told AFP on Monday.

The ambush on Wednesday about 10 kilometers (six miles) from Hashaba North in North Darfur state killed one South African member of the African Union-U.N. Mission in Darfur (UNAMID) and wounded three others.

"This criminal attack against a UNAMID convoy of 16 vehicles was carried out by unidentified assailants who have used arsenals of high-caliber weapons that were never used before," UNAMID spokeswoman Aicha Elbasri said in a written reply to AFP questions.

She said an armored personnel carrier was hit several times by weapons fire.

The ambush occurred while a UNAMID convoy of military, police and civilian personnel was on its way to the Hashaba area, where the United States says more than 70 civilians died in September from fighting and aerial bombardments between rebels and Sudanese government forces.

"This well-prepared attack against (the) UNAMID verification mission could mean that it was deliberately carried out to prevent the mission from accessing Hashaba and assessing the situation following recent reports of violence in the area," Elbasri said.

"UNAMID continues to exploit ways and means to access Hashaba. It is planning for another verification mission to Hashaba in line with its mandate," which is to protect civilians, she said.

It was the second deadly ambush this month of UNAMID peacekeepers. On October 2, four Nigerian members of the mission died in an ambush near El-Geneina in West Darfur.

The latest attack came on the day that a delegation of European Union ambassadors visited Darfur and expressed concern to local officials about "the recent deterioration in security in some parts" of Sudan's far-west region, which is about the size of France.

Violence has eased since the early days of the nine-year-old war but various conflicts persist in Darfur: rebel-government clashes, inter-Arab and tribal fighting, as well as carjackings and other banditry.

Ethnic African rebels rose up against the Arab-dominated Khartoum government in 2003.

In response, the government unleashed state-backed Janjaweed Arab militia in a conflict that shocked the world and led to allegations of genocide, followed by the deployment of UNAMID almost five years ago.