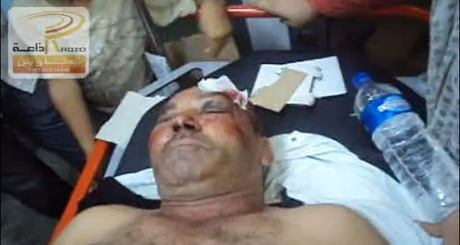 Eight people have been arrested over the death of an opposition party official last month during a protest by supporters of Tunisia's ruling Islamists that turned violent, his family said on Monday.

"They arrested eight people yesterday (Sunday)," said Fethi Naguedh, the brother-in-law of Lotfi Naguedh, who represented the Call of Tunisia party in the southern town of Tataouine, where the violence took place.

The interior minister said Naguedh died of a heart attack when his supporters clashed with those of the ruling Islamist party Ennahda outside his office on October 18.

Officials from the opposition party, however, say he died after being beaten by protesters from the League for the Protection of the Revolution, a grouping close to Ennahda, who attacked his office.

Among those detained on Sunday was Said Chebli, who heads the Tataouine branch of the League, said Naguedh, adding that according to the autopsy, his brother-in-law had been hit 59 times with blunt objects and weapons.

Call of Tunisia's leader Beji Caid Essebsi branded Lotfi Naguedh's death a "political assassination," and President Moncef Marzouki condemned what he referred to as a "lynching."

Tunisia has been plagued by violent social unrest since the mass uprising that toppled the former regime in January last year, with the country's state of emergency, which has been in force then, recently extended to January.