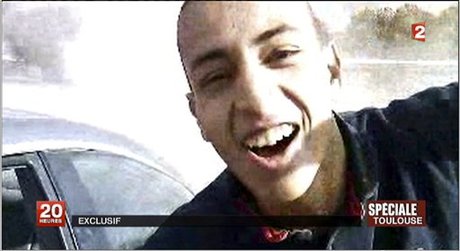 A man arrested this week in connection with the March attacks by extremist gunman Mohamed Merah has been released without charge, a judicial source said on Friday.

The 38-year-old man was detained on Tuesday along with his ex-girlfriend, also 38, who was released earlier.

The man, described by police as a member of the traveler community who converted to Islam, was detained on suspicion of having provided aid to Merah in carrying out the March attacks that left seven people dead.

The nature of his potential involvement was unclear at the time of his arrest, but investigators have been searching for a suspected "third man" believed to have been with Merah and his brother Abdelkader during the theft of a scooter used in the attacks.

Merah, a self-described al-Qaida sympathizer, shot a rabbi, three Jewish schoolchildren and three French paratroopers before being shot dead in a police siege in Toulouse.

French authorities have stepped up efforts to fight homegrown extremists since the attacks, including with a series of arrests of alleged Islamist militants.

Interior Minister Manuel Valls has warned that there are "probably dozens" more potential extremists like Merah in France.

"The threat exists abroad but there is also a threat from inside," Valls told France 2 television this week.

It would be so easy to simply deport muslims from France to get rid of that problem. If mehra had been sent back to the country his parents came from, those seven victims would still be alive.

Shame on the french state.