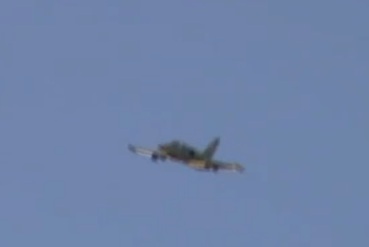 The Syrian regime has begun using missiles and barrel bombs against opposition rebels in the past week or so, a top U.S. official said Wednesday, denouncing the increasing use of "vicious weapons."

Amid reports that Scud missiles have been fired, State Department spokeswoman Victoria Nuland said she "was not in a position to confirm types of missiles, simply to say that we're seeing missiles employed now."

"I would also say that we're seeing use of another egregious weapon. It's kind of a barrel bomb, which is an incendiary bomb that contains flammable materials," she told journalists.

"The total number is probably north of six now," another U.S. official told the Times.

Nuland said she could not confirm the type of missiles being used as that would reveal U.S. intelligence, and White House spokesman Jay Carney also said he could not discuss intelligence matters.

But this marks a significant escalation of the fighting in the 21-month rebellion, which has already claimed some 42,000 lives, according to a British-based watchdog.

"The idea that the Syrian regime would launch missiles within its borders at its own people is stunning, desperate and a completely disproportionate military escalation," Carney said.

The report came just after U.S. President Barack Obama said his administration recognized the Syrian National Coalition as the legitimate representative of the Syrian people, opening the way for increased U.S. aid to the rebels.

"As the regime becomes more and more desperate, we see it resorting to increased lethality and more vicious weapons moving forward," Nuland said.

Such weapons were "very, very concerning and indicative of the regime's desperation and the regime's brutality."

She said the barrel bombs were "incendiary bombs which contain flammable material that can be like napalm" or can be packed with nails and launched from the air or from a launcher.

one step closer to his grave.

These weapons were manufactured n sold by America.

Anyways, I hope when bashar goes he takes the SSNP with him.

There is evidence he is also using white phosphorous like Israel did in Gaza in2008. Where is the condemnation from the Hezz and Persia? Hypocrites. Plus he is now launching Scuds.

Whats the SSNP or any other Lebanese party got to do with this ,the subject here is the weak Syrian coward regime dude.