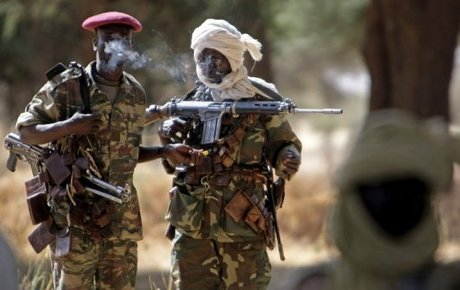 Rebels in Sudan's Darfur claim to have seized a district capital just days after saying they took control of a major town.

The Sudan Liberation Army's (SLA's) Abdelwahid Nur faction said late on Friday it had captured the government office and army base in Guldo district near Central Darfur state's Nertiti town.

Ibrahim al-Hillu, the group's spokesman, called it "a great victory in the history of the war in Darfur" as his faction had never before seized a district.

He said Guldo fell after the rebels earlier on Friday captured a Sudanese Armed Forces (SAF) compound to the southeast, between the South Darfur capital Nyala and Kass town.

On Monday, Hillu reported that his faction had taken the town of Golo, a few kilometers (miles) east of Guldo. While rebels often report skirmishes with government forces in Darfur, they rarely claim to have occupied towns.

Guldo and Golo are in the fertile and mountainous Jebel Marra area which is home to the non-Arab Fur people who gave their name to Darfur (Land of the Fur) and who are represented by Nur's faction.

The group has several hundred combatants and a "sphere of influence" limited to the Jebel Marra, a regular target for military operations and air attack according to the Small Arms Survey, a Swiss-based independent research project.

The SLA and other ethnic insurgents began an uprising against the Arab-dominated government in Khartoum a decade ago.