Yemen Moves to Reassure Southerners ahead of Talks 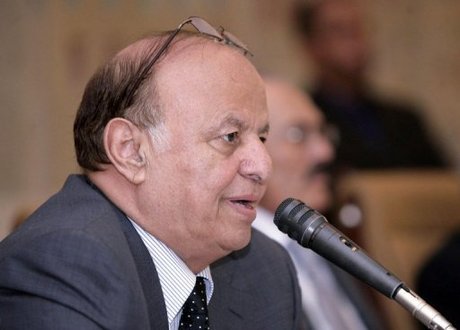 Yemeni President Abdrabuh Mansur Hadi has ordered forming two panels to resolve lingering grievances of southerners in a new move to get them to join a stalled national dialogue, state media said on Tuesday.

One commission will be to resolve disputes over lands that many southerners claim the previous regime seized from them and the other to handle the cases of civil servants and security officials fired from their jobs, official news agency SANA said.

The commissions will also investigate "violations" against southerners that occurred since the south was overrun by northern troops after a short-lived civil war in 1994.

The decision "aims at going ahead with the national dialogue and achieving national reconciliation to the serve public interest," the agency said.

The promised national dialogue was to start in November, but has been delayed for many reasons. The main obstacles is that factions of the Southern Movement, which advocates autonomy or secession for the formerly independent south, refuse to take part.

Three of the movement's four components have now agreed to participate, and efforts are on to persuade the hardline faction of former vice president Ali Salem al-Baid to join too.

In December, the dialogue's preparatory committee recommended to Hadi a series of measures to restore the southerners' confidence in the Sanaa government.

Some 60,000 civil servants, military and police officials were "unfairly" fired or sent into early retirement during former strongman Ali Abdullah Saleh's rule, according to a member of the dialogue committee.

They are demanding to be reinstated or compensated.

Four years after North and South Yemen unified, the south broke away in 1994, sparking a short civil war that ended with the region being overrun by northern troops.

In 2007, the Southern Movement emerged as a social protest movement of retired officials and soldiers. But it has gradually grown more radical in its demands.

No date has yet been set for the national dialogue, but political sources said it could begin later this month or in early February.