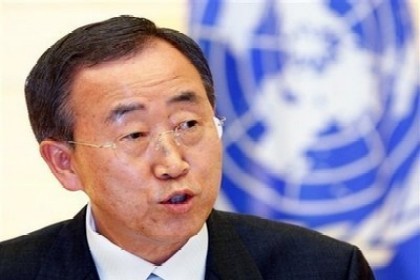 The upholding by Bahrain's highest appeals court of lengthy prison terms against 13 opposition activists is "mind-boggling", Human Rights Watch said Tuesday as the EU repeated its call to amnesty the activists.

"The EU has repeatedly asked the Bahraini authorities to consider an amnesty for all those arrested last year and tried on charges relating to the expression of their political opinion," said a spokesman for EU foreign policy chief Catherine Ashton.

Bahrain's Court of Cassation on Monday upheld jail terms served by a lower court on the 13 activists for allegedly plotting to overthrow the monarchy.

Seven of the defendants are serving life terms, including Abdulhadi Khawaja who last year embarked on a lengthy hunger strike against his imprisonment.

Ashton's spokesman Michael Mann said the European Union "fully respects the independence of the Bahraini judiciary" but "remains concerned about the lack of advancement of national reconciliation."

"All sides should engage in a peaceful, inclusive and constructive dialogue, abstaining from all forms of violence and intimidation," he added.

HRW deputy Middle East director Joe Stork said in a statement that "Bahrain's Cassation Court has proven its inability to protect the most basic rights guaranteed in Bahrain's constitution and the international treaties it has signed."

"The mind-boggling verdicts in these cases did not mention a single recognizable criminal offense, instead pointing to speeches the defendants made, meetings they attended, and their calls for peaceful street protests in February and March 2011."

The New York-based rights group said it had conducted its own investigation into the cases and found that the evidence against the activists consisted of public statements "advocating reforms to curtail the power of the ruling al-Khalifa family and confessions that appeared to have been coerced while the defendants were in incommunicado detention."

The Cassation Court ruling ends any possibility of a judicial reversal of the convictions and sentences.

Hours after the court's ruling on Monday, hundreds gathered in the Shiite village of Malkiya in support of the prisoners, in response to calls for demonstrations by activists on social networking websites.

The rulings were also condemned by the main Shiite opposition bloc al-Wefaq, and human rights watchdog Amnesty International while France "regretted" the verdicts.

The 13 activists took part in 2011 anti-government protests and were convicted by a military tribunal on charges that included "setting up terror groups to topple the regime".

The defendants were retried in a civil court.

Seven other activists sentenced in absentia to various jail terms on the same charges remain at large.

Since February 2011, Bahrain has been shaken by opposition protests that the authorities say are being fueled by Shiite Iran across the Gulf.