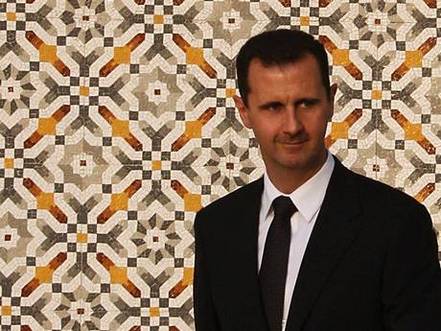 Syria's President Bashar Assad Thursday congratulated Pope Francis on his election, highlighting his role as head of the Roman Catholic church in "spreading love" in the world.

Assad's statement comes two years into a spiraling conflict in Syria that the United Nations estimates has left some 70,000 people dead.

The Syrian leader expressed his "hearty congratulations to the pope and wishes of success with his heavy responsibilities," state news agency SANA said.

The embattled president also stressed "the important role of the pope and the Vatican in strengthening human ties and spreading love and cooperation among people in the world," it added.

Syria's conflict broke out after the regime unleashed a brutal crackdown on peaceful anti-regime demonstrations that erupted on March 15, 2011. The protests later morphed into a bloody insurgency.

Francis, an Argentine who was elected on Wednesday, replaces Benedict XVI who stunned the world in February with his decision to resign, the first pope to voluntarily step down in 700 years.

Al kafi
Are you talking about Erdogan or Hariri