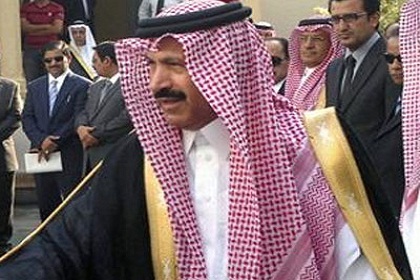 Saudi Ambassador Ali Awadh Asiri called on Thursday for the formation of a cabinet that reflects the expectations of all the Lebanese people, saying national dialogue was necessary to resolve disputes.

“Saudi Arabia doesn't interfere in Lebanon's internal affairs and we hope for consensus on the formation of the new government,” Asiri told reporters in Bkirki following talks with Maronite Patriarch Beshara al-Rahi.

The diplomat said there should be a “Lebanese solution” to the new cabinet.

The rival March 8 majority and March 14 opposition alliances were on Thursday making separate last-minute consultations before announcing their candidates for the premiership.

Binding consultations with parliamentary blocs and independent MPs will be held at Baabda palace on Friday and Saturday.

Asiri hoped that the formation of the new cabinet would be a chance for consolidating national unity and coexistence, saying the Lebanese should resolve their disputes through wisdom and dialogue as called for by President Michel Suleiman.

“All the Lebanese – officials, politicians, party members and citizens - should put their nation's interest before all other interests and resort to a deep and constructive national dialogue that unifies their ranks,” he added.

Arrest the Saudi ambassador on charges of conspiracy to commit terrorism. Show no mercy in clamping down on those who threaten Lebanon's security, democracy, and sovereignty. No to Wahabism!

Agree and the same for Irani diplomats

What goes on in Lebanon is non of your business. We do not need your advise.

waooow wisdom from the kingdom are two incompatible words.