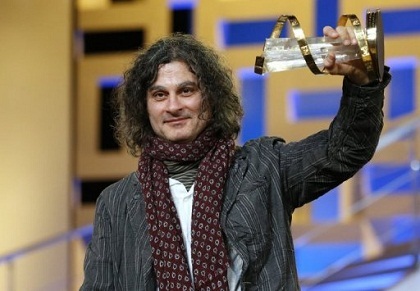 Lebanese director Ziad Doueiri said Saturday the Lebanese authorities have banned his award-winning film "The Attack" from cinemas in his home country because it was partly shot in Tel Aviv using Israeli actors.

"I regret to inform you that the Interior Minister of Lebanon, Minister (Marwan) Charbel, has decided to punish us and the film by banning it... claiming that the reason for the rejection is that I, Ziad Doueiri, had spent time in Israel filming," the director said in a statement on his Facebook page.

"To set things straight, I did shoot part of the film in Tel Aviv because this is where part of the story takes place. I used Israeli actors because also these were the artistic choices that I have made. And I have no regret and no apologies whatsoever."

Charbel told AFP the Interior Ministry had granted Doueiri a permit to film the movie but revoked it after receiving a letter of protest from the Israel Boycott Office of the Cairo-based Arab League.

"We had no problem with the movie but when we received the protest letter... we could not oppose" the request, he said.

The film, which at the weekend received three awards at the COLCOA french film festival in Hollywood -- the audience award, the "Coming Soon" award and a special jury prize -- is due for release in May in France and in June in the United States.

It was adapted from a novel by Algerian writer Yasmina Khadra and portrays the Israeli-Palestinian conflict through the eyes of an Israeli doctor who discovers that his wife carried out a suicide bombing in Tel Aviv.

Doueiri dismissed the ban as "foolish and unfair", and noted that several Palestinian films shot in Israel with Israeli actors "and even with Israeli financing.. were allowed to screen in Lebanon."

He added that banning the film portrays Lebanon "in a negative light and tells us, filmmakers, that if we think outside the box, we'll be considered pariahs and outlaws."

The interior minister also sounded confused by the Israeli boycott office's decision, saying: "Although they had told me the film is pro-Palestinian."

Doueiri, who also won awards for his film "West Beirut", also criticized the Interior Ministry for having refused to allow his latest production to be included in a list of Lebanese films submitted to the Oscars.

Censorship is enforced in Lebanon by the Interior Ministry if an artist's work is considered to incite confessional dissent, attacks morals or the authority of the state or reflects Israeli propaganda.

Filmmakers in Lebanon must also submit their scripts to the authorities for approval.

This stupid decision will only give a good movie much needed marketing. Thank Marwan Charbel for promoting Lebanese film makers.

and that's why we have torrents...

people should be able to watch movies with a different point of view and make their own choices--having a political or religious party tell us that it is wrong is in itself, compounding the problem.

Same old brainwashing and propaganda. Some folks here in Lebanon would like to have us believe that Israelis are evil people who want to kill us. Typical from a bunch of racist Holocaust deniers like Hezbollah.
I play a lot of online games and spend time in lots of public chatrooms. Out of all the strangers I've encountered, the best 2 are Israelis.
There is absolutely no sound reason why we should be at war with Israel. When I talk to an Israeli, I talk to a brother. I won't kill my brother, not for Islam, nor for Iran.

The Israel Boycott Office of the Arab League operating from Cairo, one of the two Arab League members which have peace treaties with Israel, and which have Israeli embassies in their capitals.
How much more absurd can this get?