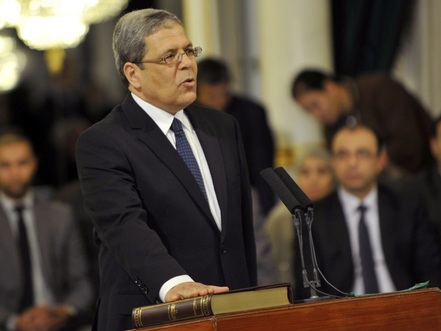 Tunisian Foreign Minister Othmane Jarandi told Agence France Presse on Saturday that some 800 Tunisians are fighting in Islamist rebel ranks in Syria and said the country would work to repatriate its citizens taken prisoner there.

"We don't have exact numbers, since several people left the country illegally, but the most accurate estimate is a maximum of 800," fighting in Syria, he said.

Tunis has been criticized by non-government organizations and the opposition since diplomatic relations with Damascus were severed in February 2011, and has been accused of abandoning Tunisians in Syria to their fate.

"The repatriation of Tunisians can be facilitated by the embassy in Lebanon after the government makes contact with the Syrian authorities about imprisoned Tunisian citizens," Jarandi said.

In March, an inquiry was begun into Islamist networks in Tunisia that channel fighters into the ranks of Islamist groups battling forces loyal to the regime of Syrian President Bashar Assad.

The interior ministry said border controls had prevented the departure of some 1,000 Tunisians headed for Syria, where the United Nations says more than 70,000 people have been killed since the March 2011.

Local Tunisian radio station Express FM said 132 Tunisian fighters were killed in and round the northern city of Aleppo in February alone, mostly from the town of Sidi Bouzid, birthplace of the first Arab Spring uprising.

Tunisian experts say the country's mosques play a key role in spurring young jihadists to leave for the conflict in Syria, influenced by the teachings of radical imams.

Suppressed under president Zine El Abidine Ben Ali, radical Islamists have grown increasingly assertive since the mass uprising that ousted him in January 2011 and have been blamed for a wave of violence that has rocked Tunisia.

Tunisian FM, you need not concern yourself with repatraition of tunisan fighters caught in syria because I would have to think that they won't be giving the option of prision. Just like all foreign fighters caught in syria, their fate, and rightly so, is 6ft under ground. Not trying to sound cruel but this is the reality. You want to mess up a proud arab country, don't do it in Syria.