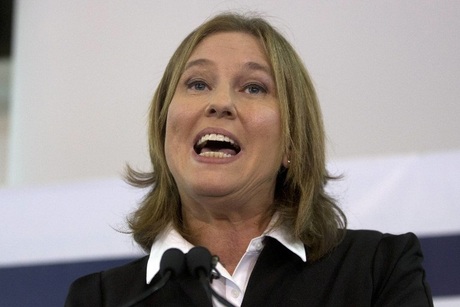 Livni's comments also come in the wake of a surprise visit by CIA chief John Brennan to Israel to discuss the situation in Israel's war-torn neighbor.

"The transfer of arms to Syria is clearly not positive and does not contribute to the stability of the region," Livni said after meeting German Foreign Minister Guido Westerwelle, who is on a visit to Israel, in Tel Aviv.

"Israel has the right to defend itself," Livni added.

The justice minister was answering a question on news reports published by US papers on Thursday saying Russia had sent cruise missiles to Damascus.

The New York Times reported senior US officials as saying that Moscow dispatched an advanced version of the Yakhont anti-ship cruise missiles Russia has previously provided to Syria.

The missiles provide "the Syrian military a formidable weapon to counter any effort by international forces to reinforce Syrian opposition fighters by imposing a naval embargo, establishing a no-fly zone or carrying out limited airstrikes," the New York Times said.

The Wall Street Journal also reported that Russia had sent a dozen warships to patrol around its naval base in Syria.

CIA director Brennan on Thursday met Israel's Defense Minister Moshe Yaalon, who reaffirmed that Israel "will not permit the transfer of weapons" from Syria to Hizbullah in Lebanon, according to television reports.

And on Tuesday, Prime Minister Benjamin Netanyahu met Russian President Vladimir Putin, who warned against any moves that would further destabilize the situation in Syria, just days after Israeli forces launched air strikes against regime targets there.

Netanyahu had been expected to warn Putin against delivering advanced S-300 missiles to Syria, which would severely complicate any future air attacks against Assad's regime.

In his public comments, the Israeli premier did not indicate whether he had succeeded in convincing Putin to halt arms supplies to Syria or whether the two leaders reached any firm agreements.

You of course being a regular user.