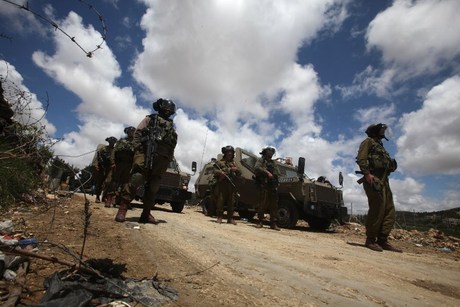 Israeli troops shot dead a Palestinian on the border with Gaza and wounded another, sources on both sides told Agence France Presse on Sunday .

The 30-year-old man, shot east of El-Bureij in the central Gaza Strip on Saturday night, was named as Hussein Awadallah from Nuseirat refugee camp in the center of the Palestinian enclave.

A Gaza health service official said the body was returned to the Gaza Strip.

The Israeli army said the man had been seen behaving suspiciously in an area close to the border fence where explosive devices had been planted in the past.

"Later on, he began crossing the fence with a suspicious object in his possession," a military spokesman told AFP. He said that after warning shots were ignored, soldiers fired at the man.

A military source said he was subsequently found to be unarmed.

On Sunday afternoon, Palestinian medical sources said another Palestinian was shot east of Gaza City when the Israeli army opened fire at citizens near the border fence.

An Israeli military spokeswoman told AFP that a group of Palestinians had approached the security fence in the northern Gaza Strip, where "they began meddling with it while hurling rocks."

After requests "to stop and step back," the soldiers "fired warning shots in the air" and when the Palestinian still "failed to comply", the troops "resorted to firing toward the lower extremities of the key instigators."

A security source said the Palestinian was "lightly injured."