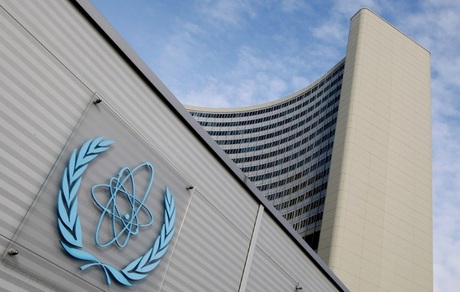 A proposed resolution by Arab states criticizing Israel's widely-rumored atomic arsenal was narrowly defeated Friday at a gathering of the U.N. nuclear agency.

Following an acrimonious debate at the International Atomic Energy Agency's annual general conference, the measure, supported by Iran, was defeated by 51 votes against and 43 in favor with 32 abstentions.

Israel is widely assumed to have nuclear weapons but has never acknowledged it and is not a signatory to the landmark Treaty on the Non-Proliferation of Nuclear Weapons (NPT).

The Jewish state is a member of the International Atomic Energy Agency but is not subject to IAEA inspections except for a small research facility.

The resolution debated at the meeting of all 159 IAEA member states expressed "concern about Israeli nuclear capabilities and calls upon Israel to accede to the NPT and place all its nuclear facilities under comprehensive IAEA safeguards".

In 2009 the same resolution was narrowly approved by members of the IAEA and in 2010 it was defeated only after intensive lobbying efforts by Western countries.

In 2012 and in 2011 Arab states decided not to propose the resolution in order to encourage the creation of a Middle East free of weapons of mass destruction.

These efforts, however, have so far come to nothing, with a hoped-for conference failing to take place in late 2012 as planned.

Oman's ambassador Badr Mohamed Zaher Al Hinai, talking on behalf of Arab states at the IAEA, said that the proposed resolution "could resuscitate" efforts towards a nuclear-free Middle East.

Attacking the "double standards" of Western countries, he called allegations that other Middle East countries were seeking nuclear weapons a "huge distortion of the facts".

Speaking for Israel, deputy ambassador Daniel Danieli said that the resolution amounted to "Israel-bashing" that "contributes to the politicization of the IAEA".

He said that Arab states "speak as if the only issue to be discussed is Israel, and not the large quantities of chemical weapons held by Syria or the fundamental challenge posed by Iran's pursuit of nuclear weapons."

He said Iran was only a "nominal" NPT party.

Iran is under intense international pressure because of suspicions about the real scope of its nuclear activities.

Tehran has consistently denied that it is seeking a nuclear arms capability.

Iran's new IAEA envoy Reza Najafi said that Israel was "ignoring the legitimate concerns of the international community by refraining from adhering to the NPT".

"Israeli scientists are generously provided access to the nuclear facilities of certain nuclear-weapon states while nuclear scientists of NPT parties are being assassinated," he said.

U.S. ambassador Joseph Macmanus said: "There were no winners today. We don't see that this issue has a place in discussions at the IAEA."

"Speaking for Israel, deputy ambassador Daniel Danieli said that the resolution amounted to "Israel-bashing" that "contributes to the politicization of the IAEA."

Oh give me a break ey.

Every valid and constructive criticism of Israel is always branded as Israel bashing and antisemitism. Pathetic.