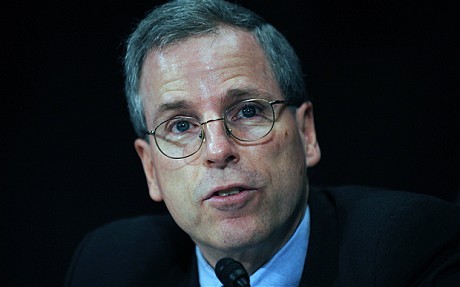 The Syrian foreign ministry called in the French and U.S. ambassadors on Sunday to deliver a "strong protest" over their visit to the flashpoint central city of Hama last week, state media said.

"The ministry called in the U.S. and French ambassadors to deliver a strong protest against their visit to Hamas without prior authorization... which constitutes a flagrant interference in Syria's domestic affairs," the official SANA news agency said.

Both U.S. envoy Robert Ford and French ambassador Eric Chevallier visited Hama on Thursday amid repeated large demonstrations in the city against the rule of President Bashar Assad.

Damascus reacted furiously to the visit accusing the U.S. ambassador of seeking to undermine the stability of Syria.

"The U.S. ambassador met with saboteurs in Hama... who erected checkpoints, cut traffic and prevented citizens from going to work," an interior ministry statement said.

The foreign ministry called Ford's presence in Hama "obvious proof of the implication of the United States in the ongoing events, and of their attempts to increase (tensions), which damage Syria's security and stability."

U.S. State Department spokeswoman Victoria Nuland said she was "dismayed" by such criticism and stressed that Syrian authorities knew of the visit in advance.

Send the filthy bastards back to their countries. Don't be like the low-life Lebanese politicians who have been, until recently, subservient to these.