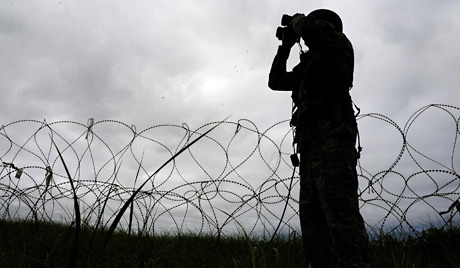 Mansouri, 58, was arrested on September 11 carrying photographs of the U.S. embassy in Tel Aviv.

News of his arrest was made public last week, hours after Prime Minister Benjamin Netanyahu left for the United States, determined to expose what he called "sweet talk" by Israel's arch-foe Iran.

According to the indictment filed at the Petah Tikva district court, Iran-born Mansouri, who holds a Belgian passport and is multilingual, was recruited by Iran's elite Republican Guard in 2012 "for an espionage mission aimed at harming Israel's security", and visited the country three times.

He was to pretend to be "an innocent businessman and establish a company in Israel", the charge sheet said, which would serve as infrastructure for espionage by another Iranian man who would arrive later.

Using the alias Alex Mans, Mansouri is accused of entering Israel using his Belgian passport in July 2012, before later briefing his handlers in Iran on his progress and security at Ben Gurion airport.

In January 2013 Mansouri again entered Israel, and took photographs of the U.S. embassy in Tel Aviv and an unnamed security installation before another debriefing in Iran.

Mansouri arrived again on September 6 for meetings to open a factory and, according to the indictment, "serve Iranian intelligence in the future."

He was arrested at Ben Gurion airport on September 11 as he sought to leave Israel.

The prosecution said Mansouri confessed his ties to Iranian intelligence during police and Shin Bet interrogation.

He also said he had been promised $1 million (740,000 euros) to use his position as a businessman to set up companies in Israel on behalf of Iranian intelligence to "harm Israeli and Western interests".

Mansouri was charged with "aiding an enemy during war" and "espionage", the charge sheet read.

Israel, the Middle East's sole if undeclared nuclear-armed power, remains adamant that Iran is bent on developing nuclear weapons, something it regards as a threat to its existence.

Iran denies its nuclear program has a military dimension.