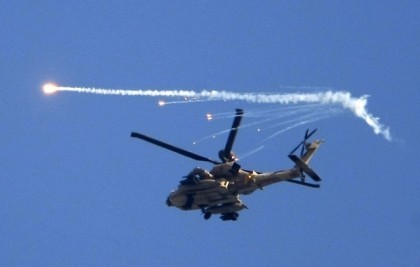 Witnesses said the strikes hit a multi-storey building and that tanks also opened fire shortly afterwards. Palestinian medical sources said there were no casualties and that a group of people inside the building were able to escape.

"It was a building housing armed militants who were suspected of targeting forces and planting an explosive device," the spokesman said, without providing additional details.

On November 3, Israel said it was responsible for an explosion that killed a senior Islamist militant as he drove through Gaza City.

Mohammed Jamil al-Nemnem, a top commander of the Army of Islam, a group that espouses an al-Qaida-like ideology, was killed when his car exploded outside the Hamas police headquarters in Gaza City.(AFP)