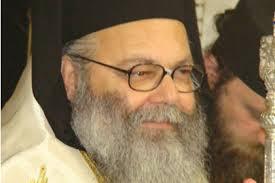 During a synod held in Balamand, he called for consolidating Lebanon and distancing it from the crises in the region.

Yazigi said an all-embracing cabinet should be formed to confront dangers, avoid constitutional vacuum and consolidate civil peace in Lebanon and the region.

He urged both Muslims and Christians to unite to build their societies.

He also called on governments and the international community to deal responsibly with the case of the kidnapped Orthodox bishops in Syria - Yohanna Ibrahim and Boulos Yazij.

The bishops were abducted by gunmen at the end of April near the Syrian city of Aleppo.

Yazigi hoped that the clergymen were safe and that they would be released soon.

But he slammed the lack of information on their safety or well-being.

The patriarch said the synod will discuss issues related to the church and the developments in the region, mainly Syria.

He called for coexistence in Syria and said Eid al-Adha should be an occasion “to join hands to build our societies for the sake of humanity.”

¿All embracing? Wat does it mean exactly? Holding hands and cuddling as carebears would do?

Support the giraff will get u 3 million Syrian refugees that will kill u for any given reason. Ur likes will bring the entire populacion on its knees. Mission accomplished!!!!

This is calling on all thieves (politians) to protect the treasure (Lebanon's unity).
We are 100 times better without the representation of any of them .... give us a cabinet of technocrats with a conscious.