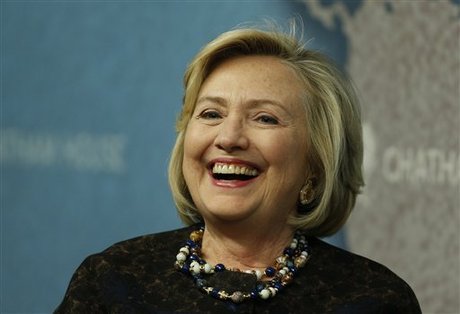 Hillary Clinton may be tipped as a future U.S. president, but that did not impress a London traffic warden who slapped her vehicle with an £80 (95-euro, $130) parking fine.

The former US secretary of state was in town to receive a prize from the Chatham House think tank last week for her work in promoting "a new era of U.S. diplomatic engagement".

But her entourage failed to buy the £3.30 ticket required to park the Mercedes for an hour on the exclusive St. James' Square in central London, and received a £80 fine.

"The former U.S. secretary of state was parked for nearly 45 minutes without paying," said Daniel Astaire, an elected member of Westminster City Council.

"I'm sure she will understand that we have to be fair to everyone, regardless of their status on the world stage."

There is some good news for former first lady Clinton, however -- if she pays up within 14 days, the fine will be halved to £40.

London Mayor Boris Johnson has previously complained about the refusal of U.S. diplomats to pay a ten pound daily charge for the congestion zone in the center of the capital.