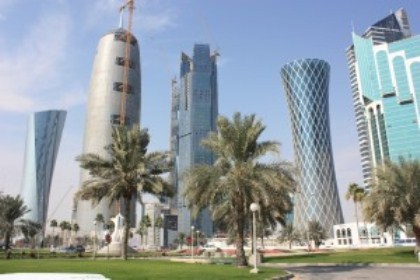 Qatari security forces have made arrests over the murder of a European woman, the interior ministry said Wednesday, after a 24-year-old British teacher was found dead in the Gulf state.

Teacher Lauren Patterson went missing on Saturday after a night out, according to British press reports. Her body was found shortly afterwards.

"The security services arrested the perpetrators of the murder of a young woman of European nationality," the interior ministry said on its website, adding that the case has been referred to a court.

It did not say how many suspects were arrested or name the victim.

Patterson, who taught at a primary school in Doha, was last seen leaving the night club of a luxury hotel with two men, Britain's Daily Mail newspaper reported.

It said Patterson's boyfriend had raised the alarm, launching a campaign over social media to locate her before the body was found. Police had arrested two men, believed to be Qataris, in connection with the case.

murderers in every country, both remarks are offensive and unacceptable!