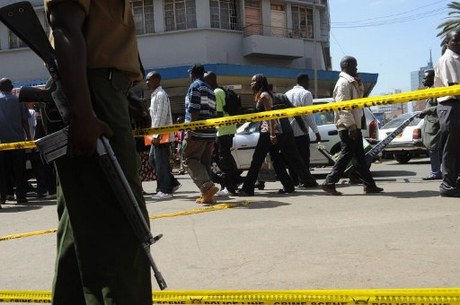 Two Christian clerics on Kenya's coast were killed in separate attacks over the weekend, witnesses said Sunday, two weeks after the killing of a Muslim preacher sparked deadly riots in port city Mombasa.

Charles Matole, a leader of Mombasa's Vikwatani Redeemed Gospel Church, was found dead in the church Sunday morning, sitting on a chair with a Bible on his lap -- apparently preparing his Sunday morning service.

"We found him with blood oozing from the head," said choir member Morris Ali, adding that no property had been taken from the curch.

In an apparently unrelated killing in the town of Kilifi, about 60 kilometers (35 miles) north of Mombasa, the body of a pastor with the East African Pentecostal Churches, Ebrahim Kidata, was found dumped in a patch of bushes, congregation members said.

Kilifi county deputy speaker Teddy Mwambire said the cleric, who was in his mid-fifties and who was ordained just a few weeks earlier, appeared to have been strangled.

Kidata's relatives said they had lost phone contact with him on Saturday as he traveled by motorbike between two towns in the region. Local officials said his motorcycle was stolen by the killers.

The region remained calm as news of the killings emerged.

Rioters set fire to a Protestant church and clashed with police in furious street battles that killed four protesters.