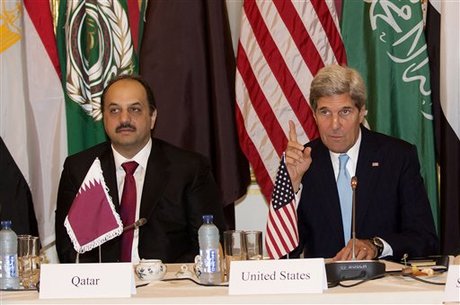 U.S. Secretary of State John Kerry said Monday that any attempt by Syrian leader Bashar Assad to be re-elected would extend the country's civil war.

"If he thinks he's going to solve problems by running for re-election, I can say to him, I think that certainly this war will not end as long as that's the case that he's there," Kerry said after talks with Arab League officials in Paris.

One solution, either A§§ad gets STD, cancer, heart attack, whatever and dies.... Or one of the alqaeda kids he trained 4 Iraq comes and detonates his vest in his room.