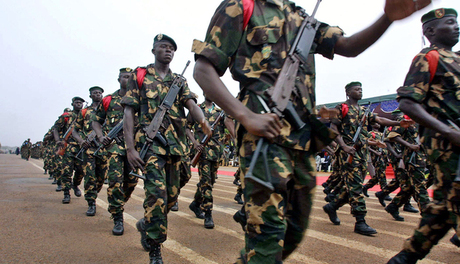 African leaders meeting in Chad agreed Monday to boost the powers of a peacekeeping force in the strife-torn Central African Republic, saying the troops must "immediately disarm and drive out" foreign armed groups.

"Heads of state and government demand that the MISCA force deploy throughout the Central African Republic, disarm and drive out all foreign armed elements without delay," the leaders of the 10-nation ECCAS regional grouping said in a statement.