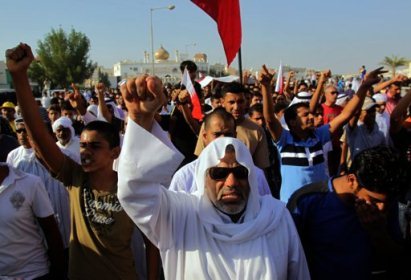 A Bahraini court jailed six Shiite Muslim protesters for 10 years on Tuesday after convicting them of attempted murder of police in the Sunni-ruled kingdom, a judicial source said.

A Shiite-led uprising demanding a constitutional monarchy erupted in Bahrain in February 2011, and sporadic protests have continued since.

The six were convicted of trying to kill police officers by throwing Molotov cocktails, of burning a police vehicle and taking part in an unauthorized protest, the judicial source said.

Two policemen were wounded in March 2012 as they dispersed a demonstration in a Shiite village near the capital Manama, the source said, adding that four of the six men convicted were minors at the time of the incident.

Since September 29, 128 Shiites have been handed sentences of up to life in prison for taking part in protests, as authorities have tried to crack down on the protest movement.