U.S. Offers Funds to Move Iranian Exiles out of Iraq 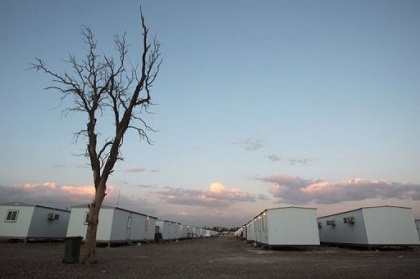 The United States on Thursday offered $1 million to help resettle Iranian opposition exiles currently in Iraq, contributing to a U.N. appeal in the wake of violence.

More than 3,000 members of the People's Mujahedeen Organization of Iran, allowed by late Iraqi dictator Saddam Hussein to operate in the country, are staying at a former U.S. military base known as Camp Hurriya, or Liberty, on Baghdad's outskirts.

"We share the conviction that relocation is the only lasting means of guaranteeing the safety and well-being of those residing at Camp Hurriya," Harf said in a statement.

Iraqi authorities had ordered the transfer of remaining members of the group's Camp Ashraf, which is in the central province of Diyala, after 52 members died in violence on September 2.

The authorities blame infighting in the group for the deaths. The People's Mujahedeen gave a vastly different account of what happened, saying troops entered the camp and set fire to property.

The People's Mujahedeen initially took up arms against Iran's shah and then set its sights on toppling the clerical regime that came to power after the 1979 Islamic Revolution.

The group says it has renounced violence and has enlisted high-profile U.S. supporters in their cause. Last year, the State Department removed its designation as a terrorist organization following similar decisions in Europe.

Albania and Germany have agreed to take in exiles, but the U.N. has struggled to resettle most of them.