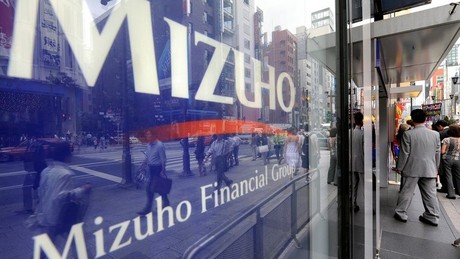 Mizuho Financial Group executives knew the firm was doing business with gangsters but failed to stop it, a panel said Monday, as Japan's finance minister slammed the banking giant over the affair.

Mizuho, one of Japan's biggest banks, has been under fire since it emerged last month that it processed hundreds of loans worth about $2 million for the country's notorious yakuza crime syndicates.

The scandal has made headlines for weeks in Japanese media and reportedly sparked a police investigation.

On Monday a panel of lawyers hired by Mizuho to probe the transactions said that "many officials and board members were aware of, or were in a position to be aware of, the issue".

"However they failed to recognise it as a problem, believing that the compliance division...was taking care of it," said the panel's 100-page report.

The company also submitted its own report to regulators Monday, and said more than 50 executives would be punished including Mizuho Bank chairman Takashi Tsukamoto. He would step down from his post but stay on as head of the parent company.

Mizuho Financial Group chief executive Yasuhiro Sato -- who has acknowledged he knew about the loans but refused to quit -- would work without pay for six months, while other managers would also see pay cuts. A compliance executive would be removed from the bank's board.

Finance Minister Taro Aso slammed the transactions as a "huge problem" and said Mizuho's initial claims to regulators that executives knew nothing about the shady loans was "the worst thing a bank can do".

The bank later admitted top executives were "in a position to know" about the mob business.

The panel's report Monday called on Mizuho to overhaul its compliance department, noting that the transactions were made via a complicated scheme involving an affiliate firm.

"In a nutshell, they failed to recognise the loans as Mizuho's own and relied on the other company for dealing with the issue," panel head Hideki Nakagome told reporters.

Like the Italian mafia or Chinese triads, the yakuza engage in activities ranging from gambling, drugs, and prostitution to loan sharking, protection rackets, white-collar crime and business conducted through front companies.

The gangs, which themselves are not illegal, have historically been tolerated by the authorities, although there are periodic clampdowns on some of their less savoury activities.