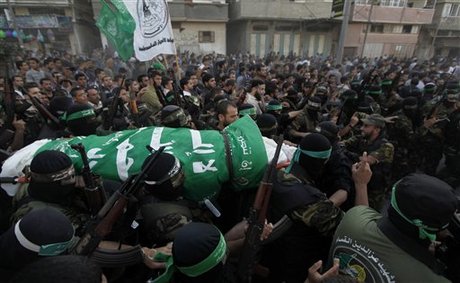 The bodies of two Hamas militants killed when Israeli troops attacked a border tunnel, burying them inside, were still missing three days after the fighting, Gaza authorities said Sunday.

Four commanders of the Ezzedine al-Qassam Brigades, the military wing of the Palestinian Islamist movement that rules Gaza, were killed late Thursday in clashes sparked by an Israeli raid to destroy a Hamas tunnel from the strip into Israel.

One was killed in a firefight with troops on the surface and buried on Friday. Three more died deep underground in Israeli strikes on the tunnel, but one of the bodies was later recovered and laid to rest Sunday.

The search for the remaining two bodies will resume after daybreak on Monday, Palestinian officials said.

The Qassam Brigades says it dug the tunnel as part of a plan to capture Israeli soldiers and hold them in exchange for imprisoned Palestinians.