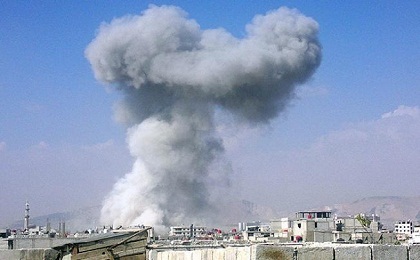 The principal of a Christian school in Damascus denied on Wednesday reports that shelling there two days earlier had killed any of its students.

However, four pupils and driver were killed when a shell hit a school bus in the Christian Bab Sharqi area of the city on Monday, the Syrian Observatory for Human Rights said.

That same day Syrian state television said fire had killed five people, "all of them children", and wounded 27 at the St John of Damascus school in the Qassaa district.

On Wednesday, however, the school's principal, Father Stefano, told AFP "eight of our pupils were wounded, but none killed".

Meanwhile, the Britain-based Observatory said the shell in Bab Sharqi had struck near a military building.

Government newspapers also reported on Wednesday that "four schoolchildren and a driver were killed" at Bab Sharqi.