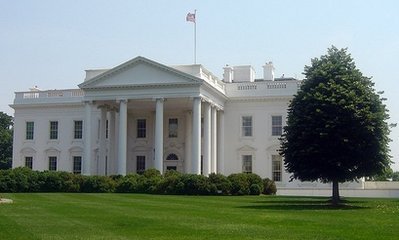 The United States has ruled out apologizing to Afghanistan for "mistakes" made during the 12-year war and denied claims in Kabul that such a mea culpa was being drafted.

"There is not a need for the United States to apologize to Afghanistan. Quite the contrary," U.S. National Security Advisor Susan Rice told CNN on Tuesday.

The State Department also expressed caution on a long-sought bilateral security agreement (BSA), after an official in Kabul said the two sides had reached agreement on key points of the agreement.

Aimal Faizi, Karzai's spokesman, said Obama would write to his boss acknowledging U.S. "mistakes in the war on terror" and the suffering of the Afghan people due to American military operations, as part of the BSA.

But Rice said "no such letter has been drafted or delivered. That is not on the table."

U.S. officials later said the request for a letter had come from Karzai himself during a phone call with Secretary of State John Kerry on Tuesday.

The security agreement could lead to a small group of U.S. troops staying behind after the withdrawal of combat troops in 2014 to train Afghan forces and to mount anti-terror missions.

Officials in Washington said there was still some way to go before reaching a final agreement on the pact, to be put to an Afghan Grand Assembly of tribal chieftains and politicians, known as a "loya jirga" for approval.

Faizi said Tuesday that a major hurdle in negotiations toward an agreement -- relating to the issue of whether U.S. troops staying on in Afghanistan would be allowed to search the homes of Afghan citizens -- had been overcome.

Faizi said the deal would allow U.S. troops to enter Afghan homes once Nato forces withdraw in 2014 but only in "extraordinary circumstances" where there was an urgent risk to life.

He said both sides had now agreed to the clause on house searches, apparently ending an impasse which had threatened to scupper the agreement.

Faizi said Karzai and Kerry spoke by phone Tuesday during final negotiations for the security agreement which will shape Washington's future military presence in the war-scarred nation.

However officials in Washington said there was still some way to go before reaching a final agreement.

"We're not there yet. There are still some final issues we are working through," said State Department spokeswoman Jen Psaki.

Even if a final agreement is reached, Afghanistan has insisted that the BSA must be approved by a mass gathering of tribal chieftains and politicians.

The four-day grand assembly, known as a "loya jirga" in Pashto, is set to begin on Thursday in Kabul.

The BSA will determine how many U.S. soldiers stay in Afghanistan when most of NATO's troops deployed in the country since 2001 -- currently numbering 75,000 -- leave at the end of 2014.

The Taliban have branded the loya jirga meeting a U.S.-designed plot, vowing to pursue and punish its delegates as traitors if they approve the BSA.

Highlighting the ongoing security challenges facing Afghanistan, a Taliban suicide bomber on Saturday struck close to the venue where the meeting is set to be held killing a dozen people, most of them civilians.

The issue of legal immunity for U.S. troops who remain in Afghanistan has also held up negotiations. Failure to broker a similar deal in Iraq in 2011 prompted the Americans to pull out completely. The country is now in the grip of some of its worst sectarian violence since 2008.