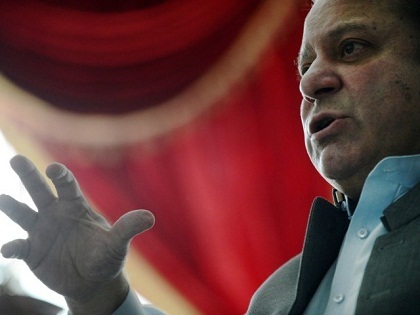 Pakistan's Prime Minister Nawaz Sharif on Thursday met a high-ranking delegation from Kabul tasked with pushing forward Afghanistan's peace process, according to a statement from his office.

The three-member group representing the High Peace Council (HPC) arrived in Pakistan a day earlier on a mission that, according to Afghan President Hamid Karzai, was meant to include a meeting with Abdul Ghani Baradar, the Taliban's former deputy freed from jail in September.

Reports that the meeting had taken place could not be confirmed.

Sharif told the group: "Pakistan has always supported a peaceful, stable and united Afghanistan and... Pakistan is playing a constructive and positive role to facilitate an Afghan-led and Afghan-owned reconciliation process," according to a statement released by his office.

The statement said that the visiting delegation thanked the Prime Minister for his efforts.

A member of the group earlier told AFP that the present visit and meetings had been agreed during last month's summit between Afghanistan, Pakistan and Britain in London.

A statement from the office of Afghan President Hamid Karzai at the end of October said: "It was agreed on that a High Peace Council delegation will visit Pakistan and meet with Mullah Baradar in the near future."

Baradar was arrested in 2010 but freed from jail in Pakistan in September as part of efforts to boost Afghanistan's peace process.

Since his "release" it appears he has been kept under house arrest by Pakistani authorities.

Baradar has been touted by some as an influential Taliban voice who could persuade the militants to end the bloody insurgency they have waged since being ousted from power in 2001.

The High Peace Council is the Afghan body charged with opening negotiations with Taliban insurgents as U.S.-led NATO forces prepare to withdraw from the country by the end of next year.

Support from Pakistan, which backed Afghanistan's 1996-2001 Taliban regime, is seen as crucial to peace after NATO troops depart -- but relations between the neighbors remain uneasy.

A Taliban office in Qatar that opened in June was meant to lead to talks, but instead it enraged Karzai after it was styled as an embassy for a government-in-exile.