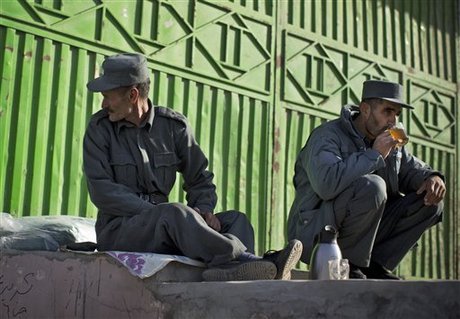 Afghanistan on Friday rebuffed a U.S. demand to sign a highly anticipated security pact as soon as possible, insisting the document must wait until after next year's presidential election.

Washington warned Kabul on Thursday to sign the Bilateral Security Agreement (BSA) pact as soon as possible, with senior officials hinting that delaying beyond the end of this year could mean no post-2014 U.S. troop presence.

The latest U.S. run-in with President Hamid Karzai was set off by the Afghan leader's statement that the painstakingly negotiated pact would not be signed until after the election in April.

U.S. officials bristled, saying the deal, which governs the conditions of any post-war American counter-terrorism and training mission in Afghanistan, must be signed by the end of the year.

The White House said it needed a swift decision from Karzai to start planning the footprint of any US forces, and warned Obama had not yet decided on whether to keep U.S. forces in Afghanistan.

"Failure to get this approved and signed by the end of the year would prevent the United States and our allies from being able to plan for a post-2014 presence," White House spokesman Josh Earnest said.

Karzai had said the pact currently under consideration by a loya jirga, a meeting of tribal chieftains, could only be signed "when our elections are conducted, correctly and with dignity".

His spokesman Aimal Faizi stood firm on the issue on Friday.

"Security, peace and good elections are key to the signing of the BSA," Faizi told Agence France Presse.

"Let's wait and see what will the loya jirga decide on the document. If approved, as the president said, it will be signed after elections."

Senior U.S. officials speaking on condition of anonymity were blunt, warning that it was not practical for the BSA to await the signature of the next Afghan president.

They said that if there were no BSA in force, there would be no U.S. troop garrison in Afghanistan after NATO combat troops leave in 2014.

Karzai on Thursday told jirga delegates that the BSA would allow up to 15,000 foreign troops to stay in the war-torn country.

Afghanistan goes to the polls on April 5 to elect a successor to Karzai, who must step down after his two terms. A credible election is seen as crucial to the country's future stability.

The BSA governs the terms and legal status of U.S. troops who might stay behind in Afghanistan, and the draft, which must also be approved by the Afghan parliament, emerged after tortuous negotiations.

Obama stepped in this week with a letter to confirm a deal on the vexed question of US forces raiding Afghan homes.

However, American officials quickly knocked down a flurry of media reports suggesting that Karzai would get an apology for the price borne by Afghan civilians during the 12-year war.

The letter released by Karzai's office said U.S. forces would not enter Afghan homes for military operations "except under extraordinary circumstances involving urgent risk to life and limb of U.S. nationals.”

The issue is a sensitive one in Afghanistan and had for a time appeared to pose a serious threat to the deal.

Supporters of the deal say it is vital for post-2014, when the bulk of NATO's 75,000 troops will pull out. The Taliban insurgency this year has reached levels of violence not seen since 2010, according to the United Nations.

Karzai also gave a brutal assessment of his often thorny relationship with Washington, his principal foreign backer, on Thursday.

"America does not trust me and I do not trust them. I have had struggles with them and they have spread propaganda against me," he said.

The Taliban condemned the jirga as an American plot and threatened to target its delegates if they approve the deal.

A draft text released by Kabul Wednesday appeared to show Karzai had bowed to a U.S. demand that American troops would not be tried in local courts if they are accused of crimes.

A similar security deal between the United States and Iraq collapsed in 2011 over the issue of whether American troops would be answerable to local courts, leading Washington to pull its forces out.

But the text, published on the Afghan foreign ministry website, said Kabul had agreed that the United States should have "the exclusive right to exercise jurisdiction" over its forces.