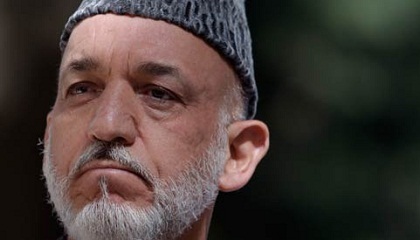 Afghan President Hamid Karzai has set conditions for signing a security deal with the United States, including an end to military operations on Afghan homes and cooperation on peace and election processes, a spokesman said Saturday.

Karzai will explain the conditions to a grand assembly that will advise on whether to accept the deal in a closing speech planned for Sunday, presidential spokesman Aimal Faizy told AFP.

After months of negotiations, Kabul and Washington this week agreed the terms of a Bilateral Security Agreement (BSA) which will define any American military presence in Afghanistan after U.S.-led Nato combat troops exit at the end of 2014.

The Afghan president will explain "why the end of military operations on Afghan homes, the sincere cooperation of the U.S. in the peace process and in transparent elections are the conditions set for the Afghanistan to sign the agreement," Faizy said.

Karzai will also explain why he wants the signing of the pact to take place after the country's elections in April, the spokesman said.

In his opening statement on Thursday, Karzai told the "loya jirga" gathering of around 2,500 chieftains, tribal elders and politicians that the painstakingly negotiated deal would not be signed until after the elections.

His comments irritated Washington, who warned Kabul to act quickly to sign the pact, with senior officials hinting that delaying the beyond the end of this year could mean no U.S. troops would be present after 2014.

The White House said it needed a swift decision from Karzai to start planning the movement of any U.S. troops, and warned that President Barack Obama had not yet decided whether or not to keep American forces in Afghanistan.

Afghanistan goes to the polls on April 5 to elect a successor to Karzai, who must step down after his two terms. A credible election is seen as crucial to the country's future stability.

The jirga is to give its decision Sunday on the BSA, the text of which was only agreed after months of tortuous negotiations with Washington.

It is widely expected to approve it, though possibly with recommendations or conditions, after which it must also be approved by the Afghan parliament before Karzai can sign it into effect.